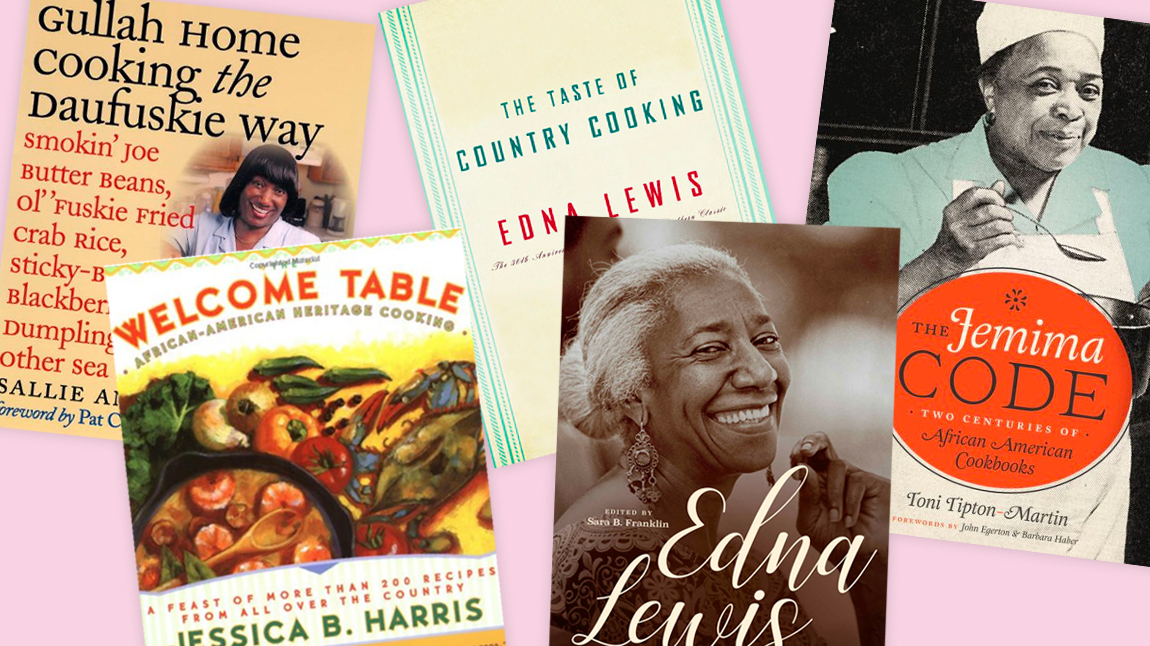 With the help of our amazing board of advisors and scholars, we dug into the scholarship related to each of our episode themes. For each episode, we’ll share a short list of some of the most helpful books and essays we found that helped shape our understanding of the evolution of Southern foodways.

Harris shares a collection of over 200 recipes from the places African Americans traditionally gather. africooks.com/wordpress/

“Edna Lewis: At the Table with an American Original,” by Sara Franklin (University of North Carolina Press, 2018)

This collection of essays features the voices of chefs and other food luminaries discussing the importance of pioneering African American chef Edna Lewis.

This seminal work by chef Edna Lewis is coveted by chefs and home cooks alike. No cookbook collection is complete without it.

In this fascinating article, Severson traces an heirloom grain of rice’s journey to revival.