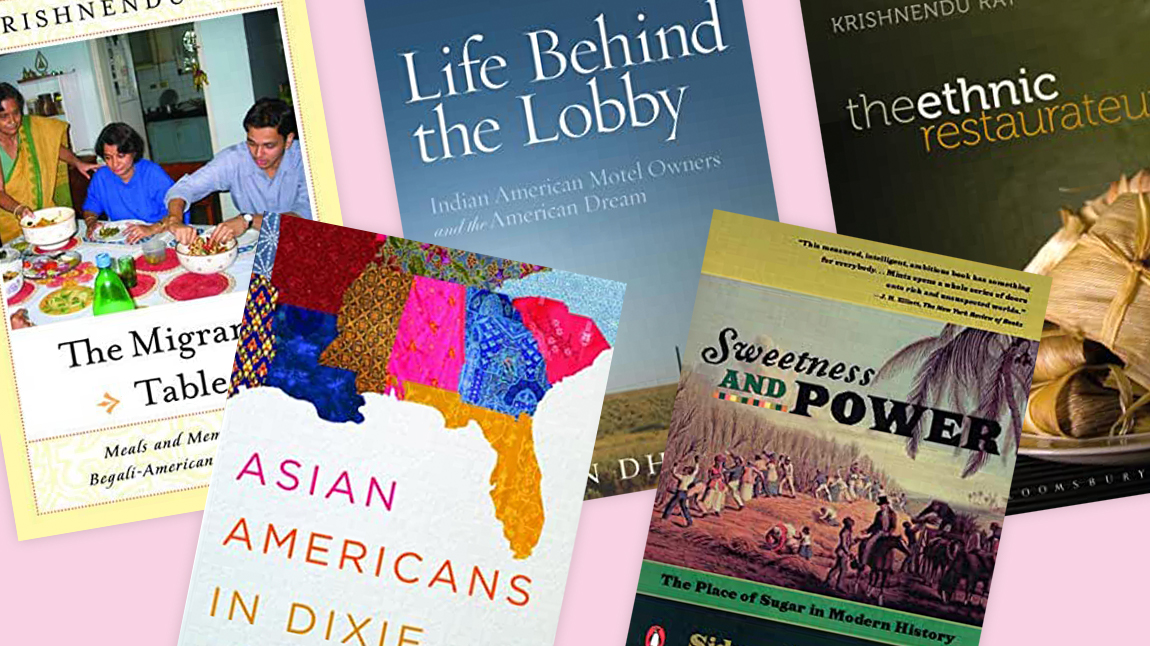 With the help of our amazing board of advisors and scholars, we dug into the scholarship related to each of our episode themes. For each episode, we share a short list of some of the most helpful books and essays we found that helped shape our understanding of the evolution of Southern foodways.

“Life Behind the Lobby: Indian American Motel Owners and the American Dream,” by Pawan Dhingra from Stanford University Press, 2012.

Indian Americans own about half of all the motels in the United States. This book explores Indian Americans’ accomplishments and marginalization and examines their own role in sustaining that duality.

“Asian Americans in Dixie: Race and Migration in the South,” co-editors Khyati Joshi and Jigna Desai, from University of Illinois Press, 2013.

This interdisciplinary collection highlights the growing Asian American populations in the South and challenges the limited prism through which the region’s race and ethnicity are often viewed as one of black-white relations.

“The Ethnic Restaurateur,” by Krishnendu Ray from Bloomsbury Academic, 2016.

An academic book that has become essential reading in the field of food studies that explores the experience, work and dreams of immigrants working in the hospitality industry. Ray crunches the numbers, too, demonstrating how the opportunities for culinary education and career leadership are skewed among the categories of race, gender and ethnicity.

“The Migrant’s Table: Meals and Memories in Bengali-American Households,”  by Krishnendu Ray from Temple University Press, 2004.

A look at the evolving food habits of Bengali immigrants to the United States against the backdrop of globalization, modernization, ethnicity, and identity.

“Sweetness and Power: The Place of Sugar in Modern History” by Sidney Mintz from Penguin Random House, 1986.

Since this episode is so focused on colonial transits of food and power, this book is a great companion read. It shows how Europeans and Americans transformed sugar from a rare luxury to a commonplace necessity and how it changed the history of capitalism and industry.