N.C. is Home to the Fastest Growing Latino Population in the Country 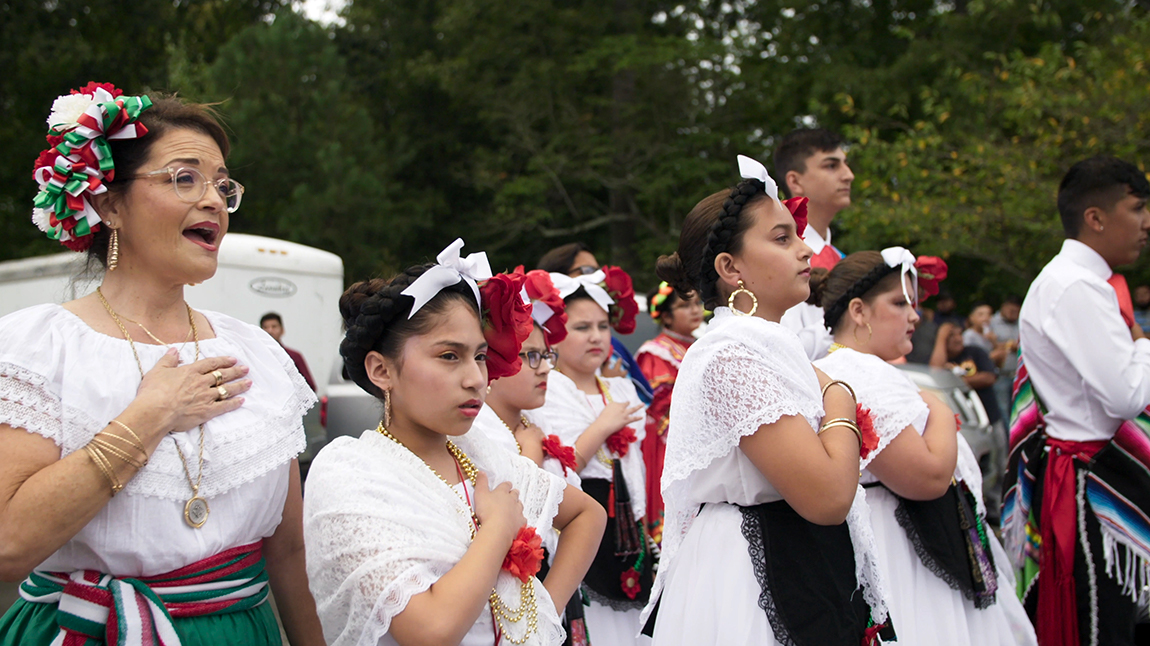 In "Somewhere South’s” “American as Hand Pie” a few Latino communities in North Carolina are featured. Demographically, North Carolina is home to the fastest growing Latino population in the country.

According to the most recent U.S. Census data, which classifies the demographic as Hispanic, North Carolina’s Hispanic population is nearing 1 million, with 997,000 residents in 2018. The state’s Hispanic/Latino population grew from just over 75,000 in 1990 to 800,000 in 2010. Between 2010 and 2018, the U.S. Census Bureau estimates that North Carolina’s Hispanic population grew by 197,000 new residents, an increase of 24.6%, faster than the growth of this population nationwide (18.6%). For more details on how this plays out across the state, visit ncdemography.org.

As communities grow, so do their influence in Southern culture. This becomes clearly evident in food. We see next-level creative influences in restaurants like Durham’s Boricua Soul, serving Puerto Rican-Southern fare, and Raleigh’s Jose and Sons (where Oscar Diaz is also chef) using Carolina ingredients in recipes rooted in Mexico.

Perhaps the influences are most evident, though, as today’s youth find ways to hold onto their family’s culture while participating actively in their communities as North Carolinians.

In the episode, Jose Godinez tells Vivian that he advocates for farmworkers in his community. Godinez helps run the nonprofit organization NC Field, which supports farmworkers and their families by educating communities on issues they face. The youth-led organization is made up of some young people who have worked the fields themselves, or whose parents are farmworkers. North Carolina has consistently ranked among the top three states in the country who offer the most agricultural working visas to immigrant laborers, which has provided a rich convergence of culture in our rural communities.

To learn more about NC Field, visit the website at ncfield.org. You can also read more about Godinez’s photography and his work leading NC Field in this Crop Stories essay by journalist Victoria Bouloubasis. (Note: Bouloubasis is also a "Somewhere South" producer.) Another great resource for learning more about farmworkers are the stories collected and produced by Student Action with Farmworkers (SAF), an organization born out of Duke University’s Center for Documentary Studies. A collection of SAF’s work can be found here.

At the Fiesta Latina in Snow Hill, Vivian runs into photojournalist Lauren Vied Allen, and her mother, Saralynn Flores Vied, who directs the dance troupe Ballet Folklórico De Colores. Vied Allen spent years documenting her mother’s troupe in her hometown of Goldsboro, N.C., which culminated into a short documentary, community celebration (complete with dance and food) and photography exhibit. She writes about it on her blog, saying “as a Mexican-American in the South, I’m learning there’s no better asset to my own people than showing what’s hidden, respecting the beauty of our culture and celebrating it.” You can read more here.