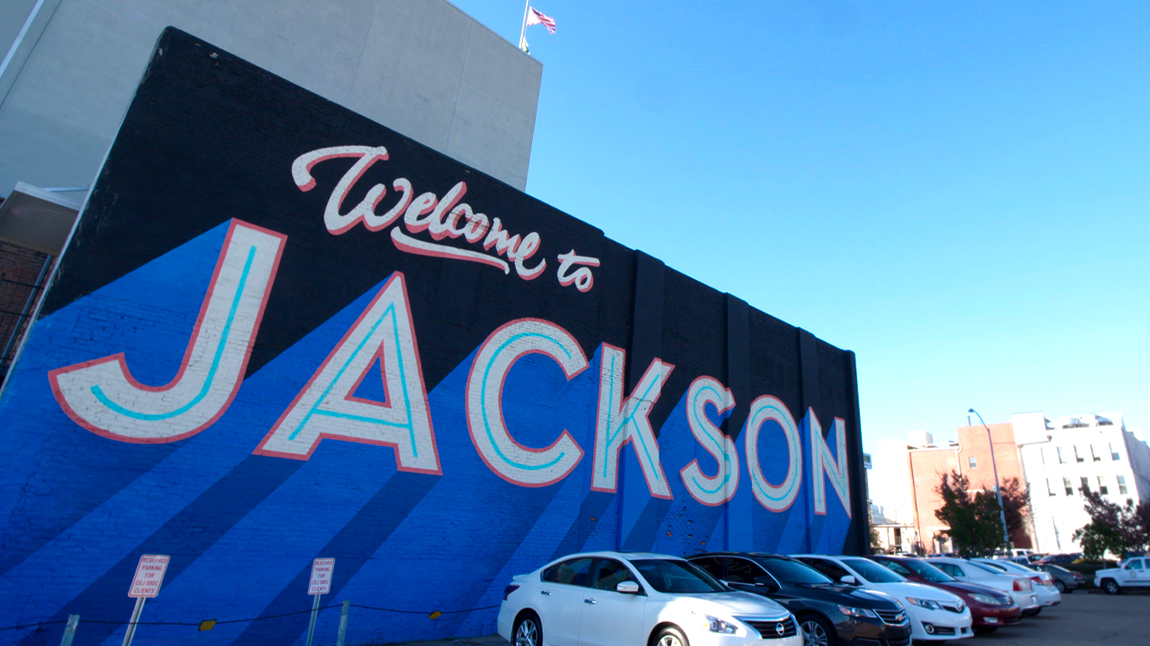 Any Jewish southerner will tell you about the annual Congregation Beth Israel Bazaar in Jackson, Miss., a food festival spanning more than 50 years since its founding. In “Dumpling Dilemma,” Petra Kay and Susan Hart oversee the making of the Congregation’s popular matzoh ball soup that sells out dozens of pints. Allison Parshall is among the younger generation of women in Jackson’s Jewish community who are learning the ropes to keep the festival fundraiser going (she’s actually a kugel expert). Members of the public flock to the Temple’s food bazaar every year for lunch and to-go treats, savory and sweet, reflecting the breadth of the Jewish diaspora from the Middle East, central and eastern Europe, New York City, and the southern United States. (Sadly, this year’s festivities have been postponed due to the pandemic.)

Jackson is currently home to more than 200 Jewish families, yet Jewish immigrants began arriving in the American South in the 17th century. Young single Jewish men from eastern Europe and Germany came as peddlers. Young Jewish women came, too, and later wives and families to join already settled husbands in America. With their savings from selling goods in towns and between farms and plantations, they opened stores and businesses as they settled across the South. According to the Mississippi Historical Society: “Since most Jews had been legally prevented from owning land in Europe, they had no experience with farming. Legal discrimination had made it hard for Jews in Europe to rely on someone else to support them economically, so they learned to support themselves through business ownership. When they came to Mississippi, they drew on this entrepreneurial experience and became involved in commerce.” Some Jewish southerners eventually owned land through their mercantile interests, but few were ever among the region’s elite landowners.

The Institute for Southern Jewish Life (ISJL), headquartered in Jackson, is an important documentary and public history center dedicated to preserving the region’s unique Jewish history through its public programs and educational institutes, as well as its vibrant collections of photographs and oral histories. (Hart’s husband, Macy, is a founder of the ISJL. Parshall’s husband, Josh, is the ISJL’s historian. Both women are educators.) By 1820 more Jews lived in Charleston, S.C. than in New York City — while southern Jews today constitute less than 1 percent of the general Southern population, and less than 5 percent of America’s Jewish population.

Natchez was the first established Jewish community in Mississippi and one that Marcie Cohen Ferris, one of our advisors, has worked with extensively as a scholar and public historian. (To read more about Ferris’s work, check out our Q&A! For more on Natchez, listen to this SFA Gravy podcast episode.) As generations of rural Southerners began moving to larger cities, Jackson grew to become the heart of Mississippi’s Jewish community and emerged as its largest center of Jewish life after World War II.

“Somewhere South” features members of the community who represent generations of the Beth Israel congregation, an important voice in the civil rights movement. In a video celebrating its 50th anniversary, members of the congregation recall a racially segregated past filled with tension and contradictions, and the challenges Jews experienced representing a small religious minority in a majority Christian culture. Old Time Deli, a now-defunct Jewish delicatessen in Jackson, was a beloved institution where everyone ate. But tensions couldn’t be ignored, and many Jewish customers remember running into blatantly racist white community members at the deli. The Deli was obviously following North Carolina journalist Harry Golden’s advice, “'I have a positive cure for this mental aberration called anti-Semitism. I believe that if we gave each anti-Semite an onion roll with lox and cream cheese, some chopped chicken liver with a nice radish, and a good piece of brisket of beef with a few potato pancakes, he'd soon give up all this nonsense.”

In September 1967, shortly after Beth Israel’s ribbon-cutting for its new building, racial terrorists bombed the temple. In November, the same white supremacists bombed Rabbi Perry Nussbaum’s home while he was sleeping. Rabbi Nussbaum and his wife suffered minor injuries. By early 1968, the suspects were caught and confirmed to be members of the Ku Klux Klan. For more on the temple bombing, the journal Southern Spaces takes a comprehensive look. You can find it here.

For more about the Jewish community in the U.S. South, visit the Institute’s website at isjl.org. And if you’re craving your own dancing matzoh ball soup, we’ve got Petra Kay’s recipe here!