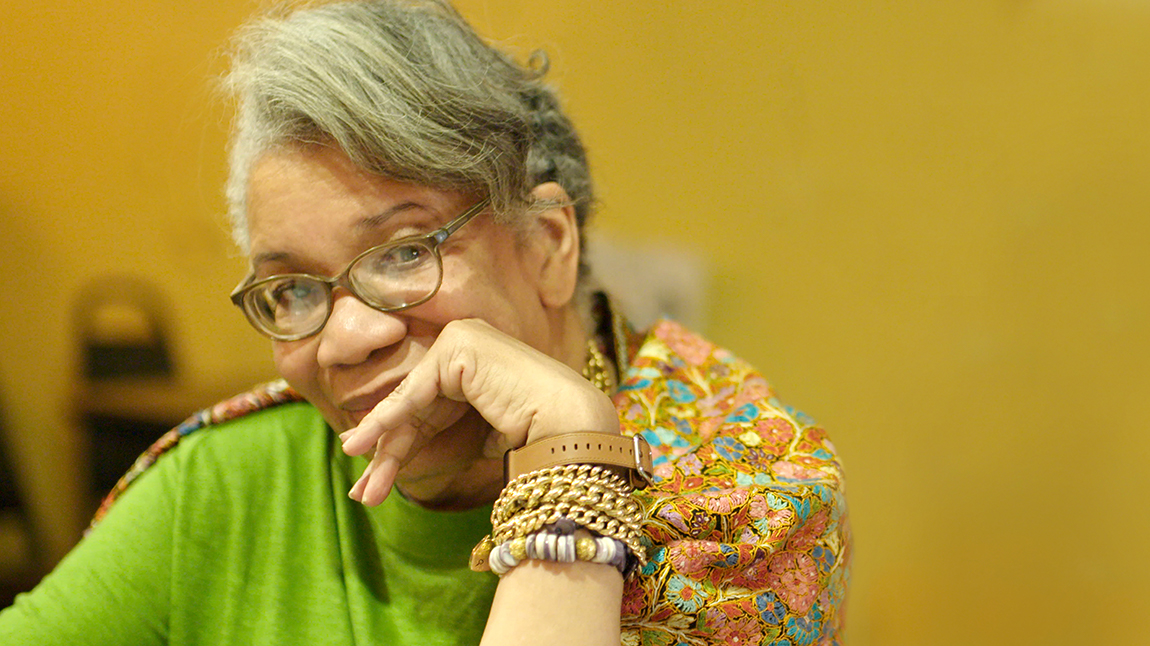 Since her early days as food editor at Essence Magazine, Jessica Harris has been chronicling her own food journey, and by virtue, that of the African diaspora. She is the 2019 recipient of the prestigious James Beard Award for Cookbook Hall of Fame and a lauded food writer and food historian with an extensive list of honors and recognitions. Her culinary scholarship was ignited by a tour of Europe as a teen, followed by multiple trips back to Europe (including studies in Paris) and to West Africa, connecting the dots of African diasporic cuisine along the way. Her wealth of knowledge contains culinary tidbits of  African American culinary history that was never written down. For instance, Edna Lewis, renowned African American chef, was all set to name her celebrated cookbook “Freetown Country Cooking,” after her Virginia hometown before changing it to “The Taste of Country Cooking.” Harris’ mission is focused, but not singular.  In her 2017 memoir, “My Soul Looks Back,”  she recalls making acquaintances with the likes of Maya Angelou, Nina Simone, Richie Havens, and Toni Morrison at a time when Black luminaries were keenly building institutional relationships that would ensure their hand in preserving their own cultural moment. Her roles as culinary historian, college professor, cookbook author and journalist converge to create a cohesive view of the cultural significance of African and African American cuisine within the Black Arts Movement of the 1960s and ‘70s and beyond.

Harris is currently hunkered down at her home in New York. We chatted for a bit via phone after she watched “Somewhere South’s” “Porridge for the Soul” episode, in which she joined a handful of African American chefs and food luminaries for a discussion about the meaning and origin of soul food.

You knew chef and cookbook author Edna Lewis personally, and shared a few lesser known facts about her life at the dinner honoring her that we filmed in Charleston, S.C. a couple of years ago.‍

Yes, we weren’t friends, but I [first] crossed paths with Edna Lewis when I was a food editor at Essence Magazine. We both attended a conference at California Academy of Sciences in the 1990s. We were both speaking. I don’t remember much about it, but I do remember that it was an overnight thing because we both spent the night at a lovely hotel in San Francisco. She arrived by train because, then, she didn’t like to fly. She only began flying later in life. I remember that she took the train because an unexpected event came up where she had to leave early and take the train all the way back across the country in the span of two days. That stuck with me.

Can you talk a little bit about your journey as a Black food writer?

[When I started] there weren’t many food writers or historians, maybe food editors at publications or journalists who handled food sections of a publication. It was a much different realm than it is now. Food editors did different things from food historians and functioned in different ways. At that time, Charlotte Lyons was [the food writer] at  Ebony and Jonell Nash was at Essence. There wasn’t enough of us to be critical mass. I was one of the few who went to national conferences and spoke on panels, which came as a result of my academic background. I’m not sure I saw the landscape change. By the time others came in I had stopped. I may have lectured occasionally but, I didn’t attend conferences anymore.

Much of your work centers food from all over the African diaspora. What is the relationship between food and travel?

Travel is important not just for food, but for one’s general sense of the world. It's something that changes your approach, changes how you think about yourself, and who you think you are. It puts the world into a context wider than just what’s outside your front door; so no matter whatever realm it is in, [travel] is a broadening thing and informing thing. Because food is necessary for the human experience, for survival, one engages in the food of that place when they travel. Unless you're going to spend all your time searching out the nearest KFC, you're going to experience other folks' culture through their food, which takes you to different places and encourages you to think of other things.

‍‍During the round table you made a very powerful statement. You said, “African Americans are the only people who demonize their own traditional food.” In the episode you offered a bit of context for that statement, but could you expound a bit more on that?

The 'classic' part of [soul food] does not derive from things [African Americans] may have created or kept or even wanted to eat. There's a connection between alot of our traditional foods and slavery and that's still problematic and something that people aren’t willing to talk about today, both black and white.

Lastly, how have you been coping during this stay-at-home period? How are you doing in New York? What are you cooking? How are you staying connected to the people and places that matter to you?

I haven't been out of my front door in three weeks. I live by myself with two cats. I’ve been spending more time on the phone than normal. I’m not one of those people who is instagramming what I cook because I'm eating simple food, eating the way I normally eat. What I write about is one thing, what I eat is something else. I could get along with a saucepan and a wok. I had an oven that was broken for two years once and it didn't bother me. I'm just cooking stuff I need to eat, things I crave. Tomorrow I'm going to have jook or congee for breakfast, but I'm going to sprinkle it with this stuff called “cracklin debris” I got in New Orleans and some scallions.