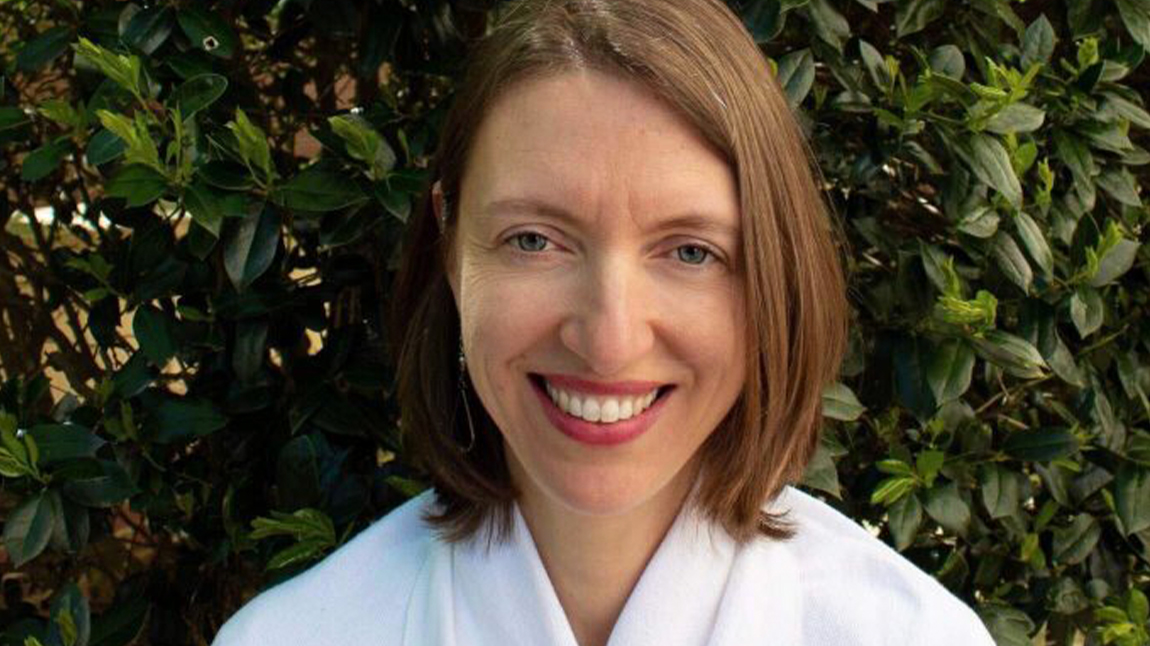 Hannah Gill’s experience as an anthropologist and oral historian comes in handy in her role as director of the Latino Migration Project. The collaboration with the Center for Global Initiatives creates socio-economic opportunities for migratory communities in North Carolina and connects University of North Carolina students with immigrants in the state from Guanajuato, Mexico.  The program is also home to the largest growing archive of Latinx oral histories in the region. Her book, “The Latino Migration Experience in North Carolina: New Roots in the Old North State,” (UNC Press, June 2018) “offers North Carolinians a better understanding of their Latino neighbors, illuminating rather than inflaming debates on immigration.” We talked with Gill about her work with migratory communities in North Carolina and the importance of collecting oral histories, especially from youth and newcomers to the state.

Tell us a bit about who you are? Where you're from? What you do? How you got into the work you do?

I am from North Carolina and connect much of my interest in immigration studies to the many wonderful people who moved to my hometown from Latin America in the late nineties. Speaking of food, the best thing that ever happened to Alamance County, the rural county where I grew up, was the arrival of chorizo and new friends from Mexico during my childhood. I now work as an anthropologist at the Institute for the Study of the Americas at UNC Chapel Hill, and I engage with public audiences at the Latino Migration Project to understand demographic change in our state.

I saw a video of an NEH panel you were on that described the importance of immigrants and refugees documenting their oral histories. Could you talk about why that process of documentation is important and what it contributes to the caldron of stories we deem "American?"

Since the 1980s, millions of people with Latin American heritage have moved to new destination states in the South to build a growing economy and settle with their families. As migrants and their children have put down new roots in the US South, they have opened up a new and distinct chapter in the long history of Latin American migration to the United States, which has traditionally involved gateway regions in the southwest, Florida, and the Northeast. For about a decade I have been part of a documentary effort called New Roots/Nuevas Raíces, an ongoing research and archival initiative of the Latino Migration Project at the Institute for the Study of the Americas at UNC Chapel Hill. The oral histories are archived with the Southern Oral History Program’s collections in the UNC libraries. New Roots documents the arrival of individuals of Latin American origin in the U.S. South, arrivals that have brought about one of the most significant demographic changes in the recent history of the nation. To listen to any of the 180+ interviews, visit the New Roots: Voices from Carolina del Norte! website.

In the course of these stories being documented, how important have you found food stories to be? How often do immigrant and refugee communities talk about food as essential parts of their oral histories?

There is nothing more important or relatable that food. Food is the globe’s common denominator. People always talk about the recipes they make to remember and celebrate a homeland or a loved one. Immigrant communities (and all communities) put great effort into coming together to celebrate traditions that revolve around food. For example, in this New Roots documentary made by the very talented Victoria Bouloubasis and Andrea Patiño Contreras, Raleigh resident Tacito George describes how he learned to make the famous mangú, a Caribbean dish of mashed plantains and fried bologna, by taking cooking lessons over the phone from his mother in the Dominican Republic. Listen to the full oral history here. In another food-related oral history, Enrique Chaupiz explains to interviewer Michelle Carreño how Peruvian cuisine has been influenced by cultures in China, Japan, Europe, Africa, and the Indigenous Americas. These stories describe learning how to replicate cuisine from a homeland, how immigrants use globalized technology to share recipes and learn, and the excitement of finding a particular ingredient or brand far from home.

How are people (particularly the communities you work with) accessing documentary tools?

Technological improvements in documentary tools and internet accessibility have transformed the immigration experience in the last half century. The ability to communicate in real time has become more affordable and accessible, resulting in families staying better connected across oceans. For example, the free app “Whatsapp” is now ubiquitous in Latin America and has enabled transnational communities to share photos and videos. With respect to the New Roots collection, language access is a major priority, and we were fortunate to receive an NEH grant several years ago to build an Internet-based digital information system that displays interview materials in English and Spanish languages.

We filmed a significant part of our "It's a Greens Things" episode in Clarkston, Ga. which has a vibrant refugee community. Have you done any work there? What are some of the areas where you've visited or seen immigrant and refugee communities documenting their stories?

I have not worked in Georgia. But while conducting my dissertation fieldwork in the early 2000s in the Dominican Republic and in Boston with Dominican transnational migrants, I observed impressive documentary efforts of individuals videotaping life events to share with relatives far away. The videos captured birthdays, christenings, religious fiestas, weddings, and many other events. Videotapes traveled back and forth from the island to Boston via a regular stream of travelers; there were even businesses that delivered your package or videotape to your door faster than the postal service. Now, the Internet delivers these documentaries instantly, but the practice of chronicling life events continues.

Can you talk about the importance of immigrant youth in documenting their stories?

For youth growing up in migrant families, with no physical experience of their parents’ homeland, oral histories sustain ancestral memory and genealogy. But youth have their own stories to tell. Youth voices in New Roots, for example, reflect critically upon coming of age in an era of unprecedented deportations, border enforcement, and economic recession—a crucible from which many have emerged to become national leaders in the movement for comprehensive immigration reform and access to higher education. Interviews chronicle the historic hunger strikes in Raleigh in 2010, the “Trail of Dreams” walk from Miami to Washington, D.C. in the spring of 2010, and student demonstrations on UNC Chapel Hill and other campuses throughout this period. Voices in the collection describe the historic shift in the enforcement of immigration from federal to local levels in the first decade of the 21st century with the nationwide adoption of the 287g and Secure Communities programs, where state and local police officers collaborate with the federal government to enforce federal immigration laws; the programs were piloted in North Carolina.

How has Covid-19 affected story collecting, both positively and negatively?

We have to adapt our collecting to a virtual environment, which has cons because a person to person interaction is the foundation of oral history. On the other hand, the expansion of computer literacy throughout the hemisphere means that we can interview and engage with more people in faraway places, where we might not necessarily be able to travel.