How Texas and Parts of Mexico Became the South 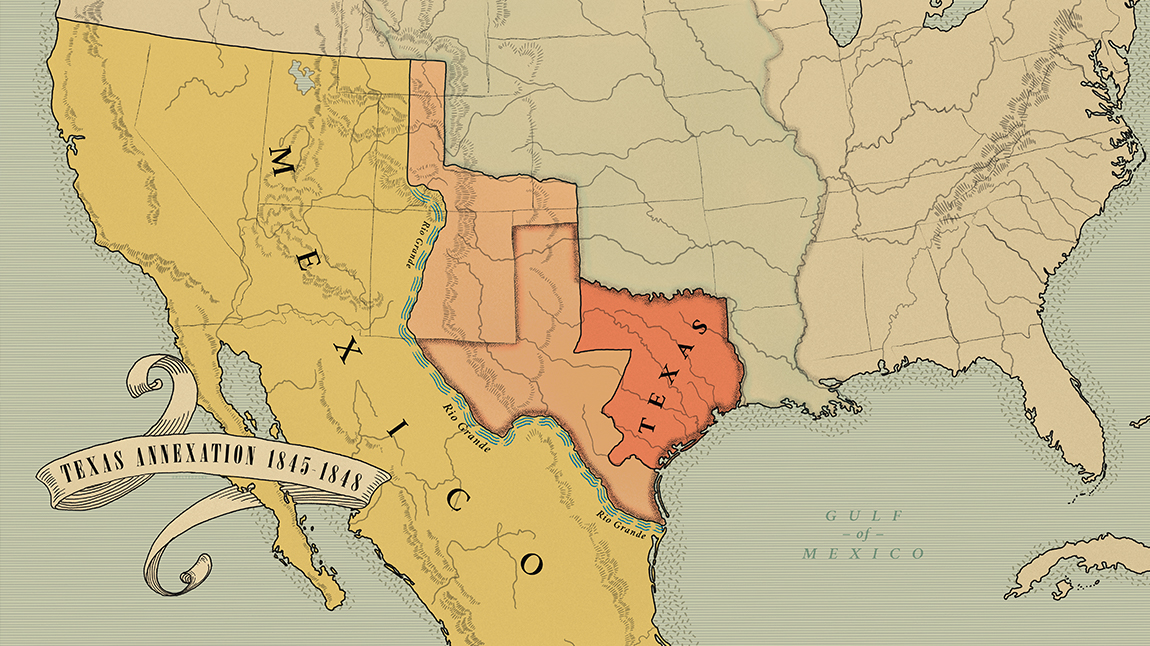 Lauren Vied Allen’s family has been cooking and celebrating their original recipes for generations. As Vied Allen wrote for her food project, The World in a Pocket, “my grandma can proudly list our ancestors dating all the way back to 1608.”

In the hand pie episode Vivian makes turcos with three generations of women in this Flores family tree—Vied Allen, her mother Saralynn and her Grandma Sara. (Want to make your own turcos? Click here for the recipe!) These tiny hand pies tell a rich and complicated history, one that many Texans share.

But it begins across the Atlantic Ocean, centuries ago. As the ladies mention in the scene, their ancestors were Jewish Spaniards at a time when that community was considered a threat to the Catholic monarchy. Vied Allen writes: “The Spanish Inquisition (1478-1834) was started as a way to detect and “control” the Jewish population. Many converted to Catholicism, known as conversos, but practiced Judaism in secret. The triple-cooked preparation of the pork loin for the turcos, which was a mystery to my grandma until she learned about our heritage, finally made sense. Cooking the impurities out of the pork was a way to blend into the Catholic community for fear of being persecuted, and to purify the pork, which was far from kosher.” Note: this method does not actually constitute as kosher. But it was all Spanish Jews could do in a place where pork dominated the meat supply.

So what does this have to do with Texas? Many Spainiards, conversos included, took the monarchy up on an invitation to sail to what later became the Americas and to live on land the Spanish had conquered, starting life anew. The North American region that the Spanish colonized is now part of modern-day Mexico and Texas.

While  family originated in Spain, the move across the Atlantic Ocean eventually led them to become Mexican—until the border crossed them. Grandma Flores was born on the U.S. side of the border. Yet her ancestors had landed in Mexico. And the family had always remained in the same region. Because of a progression of border shifts over time, Flores still has family members on either side. This is the origin story of the Mexican-American South, a place that begins in the borderlands and grows into culturally-fluid identities that people choose for themselves (Chicano, Tejano, Mexican, American) in Texas and beyond.

In "Somewhere South" the family explains how this border shift happened via the Texas Annexation of 1846. While this is one of the first historic indicators of drawing a territorial line in the Rio Grande Valley, it actually took a total of nine years (see below). The event is preceded by the Texas Revolution (beginning in 1835) and the formation of the Republic of Texas (1836). The 1846 border shift they refer to launched the U.S.-Mexico War that same year, followed by a series of battles, treaties, allegiances and enforcement carried out over time.

This history is tricky for a novice to absorb (or anyone who didn’t grow up learning about Texas). Thankfully, the Bullock Museum of Texas State History in Austin offers an incredible, easy-to-follow timeline on its website. You can use your mouse or finger to trace the entirety of the Texas History Timeline, found here. You can also visit thestoryoftexas.com to read in-depth, poetic Texas narratives from the past and present (with peeks into the future!).

For a deeper dive, the Texas State Library and Archives is a great place to start. The museum published a comprehensive history of the Texas annexation that shows how the slow process almost never happened. Found online here, the events are set out by chapters, starting with a prologue on Spanish Texas through what the library calls a “reckoning” period that would last more than a decade. Visit tsl.texas.gov for the general library page.