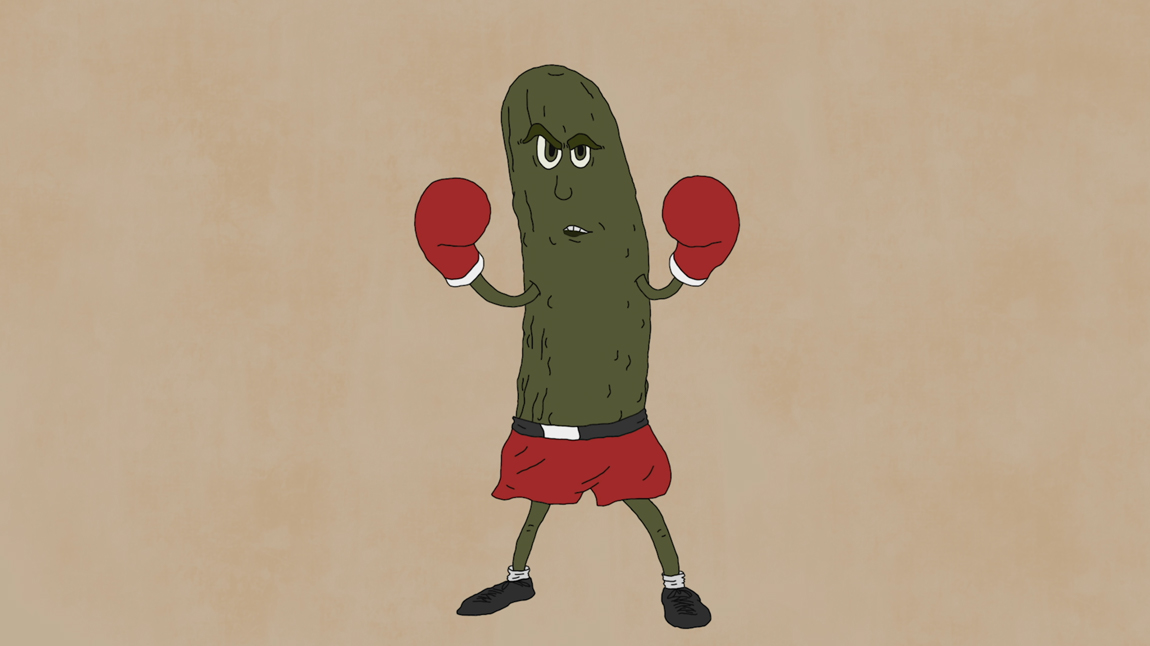 Teddy Leinbach is a multi-talented Durham, N.C. native who now calls Richmond, V.A. home. Teddy’s path to creating the unique animated sequences that appear in each episode of “Somewhere South” wasn’t a straight one. We chatted with Teddy about his creative process and developing his very own style of animated illustrations.
‍

Once I had come to terms with the reality that being 5’10” with a 15-inch vertical was not going to launch me into the NBA, I had to find a new path. So I went to Virginia Commonwealth University with the intent to study painting and illustration. However, during the grind of Art Foundation (a freshman year program where all art majors take classes in all different mediums), I realized that life behind an easel was not for me. So, after conversations with professors and people working in the field, I decided to pursue filmmaking. When I found out during my sophomore year that I could make films while staying around sports, I was all in. Fast forward seven years, I found myself working as an editor on the Markay Media-produced, UNC-TV spot, The Hook. Because of the fast-paced, graphic feel we were going for, the editing called for creative techniques to push this tone. One of the first things I incorporated into the show was drawing over footage. Over time, this technique developed and became the full-on animation you see in “Somewhere South." I guess you could say I became an illustrator after all!

What were you interested in as a kid? When did you leave Durham? Did you have a film community when you were in the “Bull City”?

Like I mentioned before, I was a sports nut all through childhood. I played baseball and basketball in high school, a little bit of soccer, and golf whenever I could. Because I also enjoyed drawing and painting, I went to Durham School of the Arts, which, this may come as a surprise, is NOT a powerhouse when it comes to athletics. Our biggest rival was the School of Science and Math. The nerds vs. the artists, things certainly got heated. I left Durham to go to school in Richmond, and when I left, I had no film community back in Durham. But after I started pursuing film, I got an internship at the Center for Documentary Studies at Duke during the summer. That opened my eyes to the extensive Durham film community and I quickly started getting connected with folks all around town. It was awesome to see how much documentary work was happening here, highlighted by the Full Frame film festival. To work with people in my hometown whose work I admire and respect, was, and still is, a huge influence on me.

Talk a bit about your own film career, the different roles you play/have played?

I know this is a common story for young filmmakers but I really have done a little bit of everything. Having gone through the process of making my own films on a next-to-nothin' budget, I have had to do everything on the creative side, from filming to editing to animating to designing marketing materials. These projects have also forced me to learn about and execute pre-production as well as post-production strategy. Learning these skills have translated into outside work. I have found jobs as a cinematographer, editor, graphics specialist, and of course, animator.

Of all the hats you wear in the film world, which is your favorite?

To be honest, I’ve never been much of a “hat” guy. I know that some people like to wear a fedora or maybe even a beret if they are directing, to establish that they are the one in charge. But I’ve just never been that type of person. If anything, you can sometimes catch me in the standard baseball hat, brim to the front!

But jokes aside, I really enjoy editing. Especially if I was involved in the shooting process. If you were to compare filmmaking to building a house, shooting would be collecting all the wood and brick and plumbing and all the materials needed. Then editing would be assembling all the pieces into the final product. I really enjoy the details of constructing the house.

What was your approach in creating animation for “Somewhere South?”
I knew the most important part of the animation was to compliment [Vivian’s] voiceover. Vivian presented all that rich information in such a short amount of time so it was important to have a clear visual that would help viewers digest what she was saying. Once I got the voiceover from Vivian, I constructed a loose outline of the overall structure of the animation. From there, I started drawing. Line by line. Frame by frame. If, for example, I had to animate a character lifting their arm above their head, that is 6 different drawings. Then, put together in quick succession, it creates the illusion of motion. At about 12 frames per second, a one minute animation is no easy task. Each animated segment took me about one full week of work. It’s a bit like cooking. A lot of work only to be ingested in a fraction of the time it took to make!  But also, like cooking, to see your work enjoyed by other people is an extremely satisfying experience.

What are you currently working on?

I have two films that I am currently working on. The first, 50 Over, is a film about traveling to all 50 states in 50 days, stopping in each state to play a round of golf. The movie works to explore public courses across the country and break down a long-lived idea that golf is reserved only for the wealthy. We took the trip in the summer of 2017 and I finished editing last December. Now, I am setting up screenings and raising funds to start submitting to festivals. This process has been slowed by the current state of affairs but there are still online screening rooms that are making the film available online. The second film, Sisyphean, which I am co-directing, is a documentary about a group of runners as they travel across the United States by foot from Fort Irwin National Training Center in California to Arlington National Cemetery in Virginia, stopping each mile to call aloud the names of service members who have lost their lives. The film explores the complexities of military service, the raw power of grief, and how passion can drive people to extreme feats. This film is in the final stages of editing and we hope to be done by fall 2020. You can learn more about both films as well as see my past work at airballfilms.com