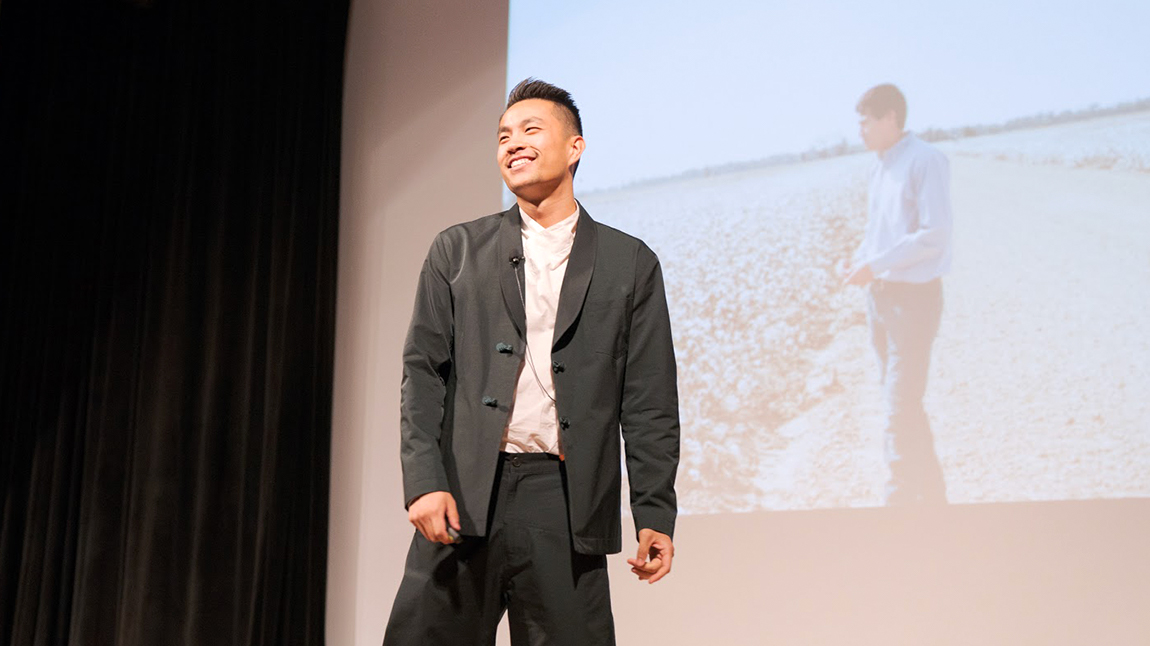 In Sally Chow’s Clarksdale, Miss. kitchen, framed magazine clippings chronicle the surge of “fame” that the family has garnered over the years. Photos from her son’s Chinese wedding made it into a ‘90s bridal spread for Southern Living. A 2003 food article in the New York Times food highlights Sally’s Crayfish Cantonese recipe.

But a more recent portrait shows Gilroy Chow in front of his collection of NASA badges, taken by photographers Andrew Kung and Emanuel Hahn. The collaborators published their Mississippi Delta Chinese project in 2018 after traveling to the birthplace of blues to explore an Asian American community they had never known existed.

Kung is the son of Chinese immigrants and grew up in San Francisco. Hahn’s parents are Korean, and he grew up in Cambodia and Singapore before moving to New York. As Kung told the New York Times, the project gave the photographers new ideas of identity to explore even as Asian Americans themselves.

“Oftentimes, as Asian Americans in large cities, we don’t have that same level of community or that same level of ties because there are so many of us in New York, San Francisco and Los Angeles. that we kind of take that level of community for granted,” Kung said. “Seeing that level of intimacy for me, as a young Asian American living in the States, was a very heartwarming thing to see, especially in a place where you wouldn’t really imagine there would be tons of Asians or Chinese-Americans.”

During the pre-production phase of “Somewhere South,” Kung graciously answered our team’s research inquiries over email as we researched the Delta.  We caught up with him ahead of “Dumpling Dilemma” to learn more about his own personal ties to the South, and what it meant to document his ethnic community in a very different place from where he grew up.

What drew you to this project in the Mississippi Delta?

My friend Emanuel Hahn and I were tired of shooting commercial projects, so we wanted to do something more personal. I always talked about shooting the ethereal landscapes of the South; Emanuel asked me if there were any Asians in the deep rural South, which got both of us curious. We reached out to more than 50 Asian organizations that served Asian communities in the South, and eventually were connected to the small Delta Chinese community. Once we heard how tightly knit the community was down there, we knew we had a photo story.

Your parents met and married in the South. Tell us more about your personal history to the South and to the Chinese-American experience here.

My mom went to college in South Carolina and my dad was in the U.S. Army based in North Carolina. One summer my mom worked at a friend's restaurant in N.C. and my dad walked in —  the rest was history. They got married and eventually moved to the West Coast, where I was eventually born. While my parents didn't experience blatant racism, they did get a lot of questions and stares because of their appearance. I, on the other hand, was fortunate to have grown up in San Francisco, a city defined by its diversity and large Asian American communities.

The New York Times paired your project with the headline “Neither Black Nor White in the Mississippi Delta.” What do you think about how this racial dichotomy is used to define the South?

When you think about the South, you often think about the historical racial segregation between the white and black community—because that is often the narrative that surrounds the southern part of the U.S. The immigration story of the Chinese is often overlooked and forgotten. Part of showcasing the Delta Chinese is to go into the rich histories of how they ended up in the South, the struggles and challenges they had in re-building their lives, and ultimately how they've been able to thrive as entrepreneurs and successful, contributing Americans.

Your project features Taylor Pang, a young fourth-generation cotton farmer. As his peer, what parallels and differences did you notice in your experiences? [Producer note: Taylor helped us a lot behind the scenes, navigating the rural roads and guiding us to the best cotton fields and sunset lookout points to launch the drone!]

While we obviously grew up in very different environments — myself, in a large urban metropolitan city, and Taylor, in a more rural farming environment — we both developed a curiosity about our own Asian American identity in our mid-twenties. We didn't ask many questions about what it meant to be Asian, because I was surrounded by so many other Asian Americans and because he saw himself as a white person in an Asian person's body. Being in the South versus the Bay Area, there were obviously more blatant forms of racism that Taylor experienced while growing up, going to school and interacting in many non-Asian environments.

You photographed the grocery store Wong’s Foodland, which no longer exists (and closed before we started production on our episode). How does food play a part in the Chinese-American history of the South? How does that differ from this experience in other parts of the country?

It saddens me that a lot of these historically rich grocery stores are now closed — not only because food played a large role in their community, but because the grocery stores also symbolized a community itself: housing families, bringing people together, etc. I'm glad we were able to visually document and capture some of these grocery stores before they closed. Food was an important part of building community in the South — families and friends often gathered on weekends to have potlucks; these potlucks were a way to bring the community together and have a sense of camaraderie, especially when the Chinese first arrived to the South.

Since this episode focuses on dumplings: what’s your favorite dumpling?

The classic chive and pork dumplings are my favorite!

Was there something you ate at the Chows that reminded you of home or totally blew you away?

Great question! While I don't remember a specific dish (since it was a few years back now), the potluck, family-style dinner reminded me of my own family — only without the Southern accents. It shows that no matter where in the world, family dinners and potlucks will always ignite a feeling of kinship and belonging.