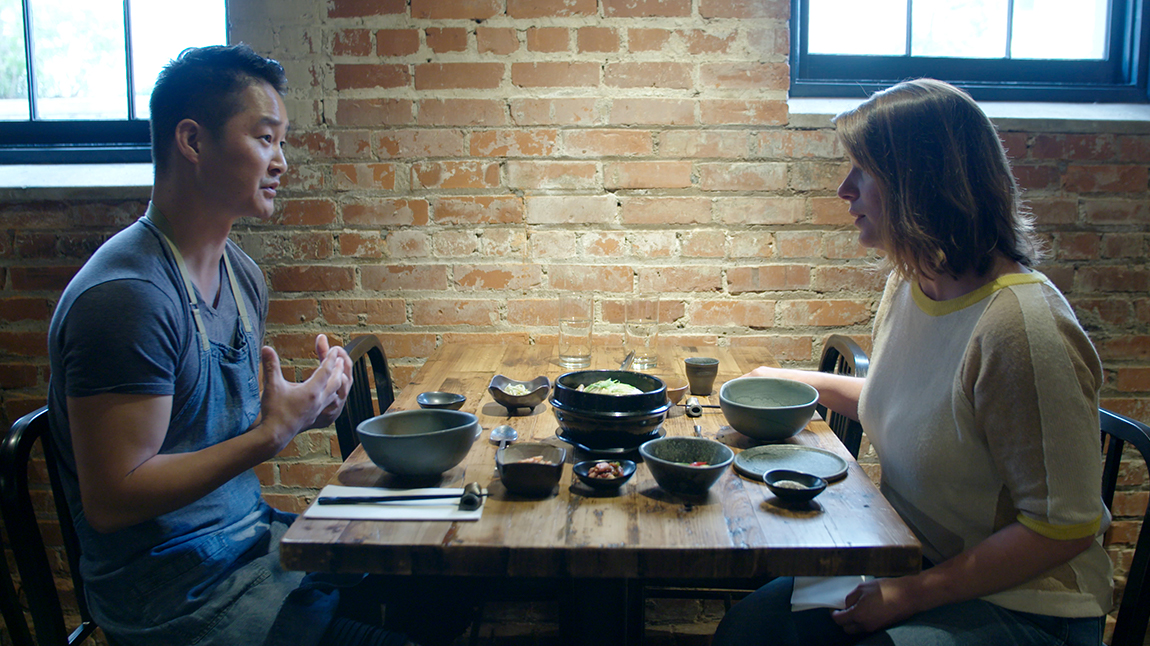 Here’s a guide to the restaurants, markets and other delicious places we featured in “What a Pickle” episode, plus some bonus spots we liked!

This public dinner series features South Asian chefs who live and work in the American South and is held in locations across the region. These dinners began with a 2017 conversation between chefs Vish Bhatt of Oxford, Miss. and Meherwan Irani of Asheville, N.C. who discussed how  the South had inspired their cooking. To learn more about these exciting dinners, check out these stories in Food and Wine and Saveur magazines.

The first Chow Chow Festival was held in September 2019 and was instigated by chef Katie Button and other culinary leaders in Asheville who wanted to highlight the city’s culinary scene through a food and beverage  festival. More than 3,200 people attended in 2019.  The 2020 Chow Chow Festival is scheduled for Sept. 10-13.

Chai Pani is a groundbreaking Indian street food eatery that opened in downtown Asheville, N.C. in 2009. It was the first restaurant from chef Meherwan Irani, who is credited with redefining Indian food in America. Irani and his wife, Molly, also own a second Chai Pani in Decatur, Ga., as well as Buxton Hall Barbecue in Asheville and Botiwalla with locations in Atlanta and Alpharetta, Ga., and coming soon to Charlotte, N.C. Must try: okra fries.

Tuk Tuk Sri Lankan Bites is the pop-up restaurant from chef Samantha Fore. It grew out of dinner parties Fore hosted in her home and then migrated in 2016 to a pop-up tent behind a Lexington, Ky. bar. Now, Fore cooks as a guest chef at restaurants and events across the Southeast; check her website or Instagram for details.

When chef Agnes Marero needed to buy ingredients for her catfish escabeche, she recommended Super Mercado Aguascalientes. Located in a neighborhood lovingly known as Mexington, this Latin grocery store had everything Marero needed plus an extensive meat counter. Bonus: one of the nation’s best taquerias is across the street, Tortilleria Y Taqueria Ramirez, which Eater named one of the South’s 38 Essential Restaurants in 2017. And the Panaderia Aguascalientes in the building north of the grocery store is also excellent.

So this isn’t a place to dine or eat, but a visit to this part of Kentucky would not be complete without a tour of a horse farm The lovely folks at Airdrie Farm, former Kentucky Gov. Brereton Jones and first lady Elizabeth Jones, were gracious hosts during our filming. While the farm does not schedule tours, you can schedule one at this farm and others in the area via visithorsecountry.com.

Bourbon has been made on this piece of Kentucky land since 1812 making the distillery a national historic landmark. Tours are available every day; 10 a.m.-3 p.m. Mondays-Saturdays, and 1-3 p.m. Sundays. The one-hour tour and tasting costs $16-$20 per person and can be booked online at woodfordreserve.com/our-distillery/tour-our-distillery/.

This Korean-owned market is a go-to destination for all the ingredients to make kimchi. It is worth the trip alone for the freshly prepared banchan, especially the garlic scapes and squid. Bring the children for an entertaining and delicious trip down the snack food aisle. Vivian’s children loved the honey butter-flavored potato chips that she brought home.