by
Victoria Bouloubasis
If You Go 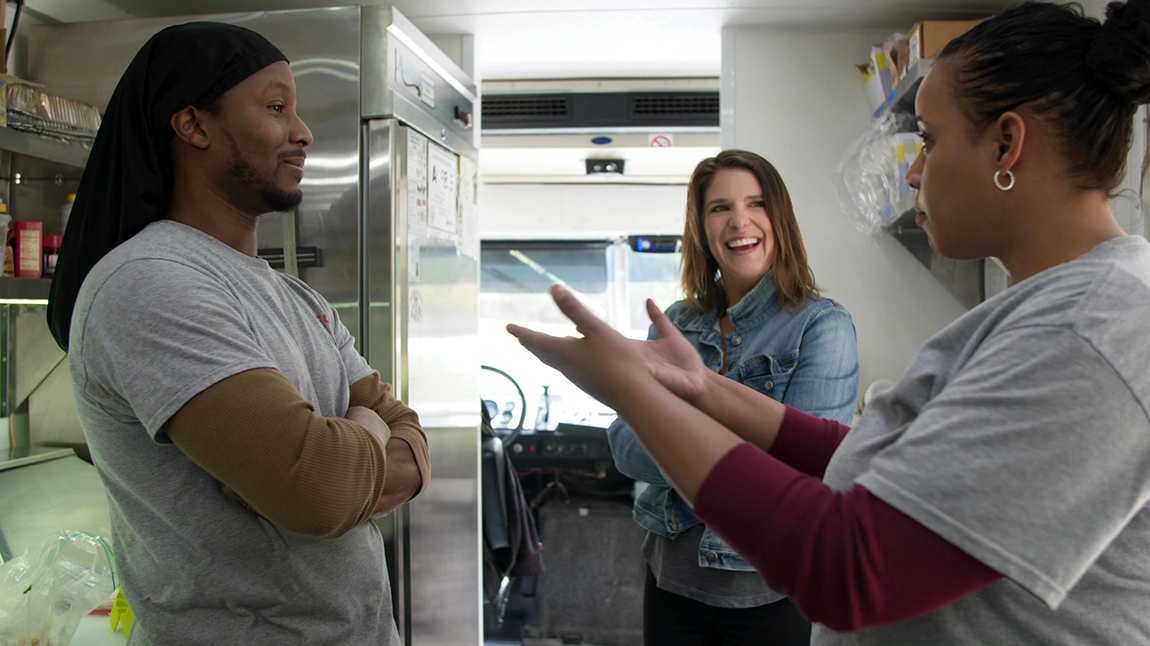 When Vivian and the “Somewhere South” crew scouted stories, it was the food that really helped us cinch the deal. Check out the restaurants we featured in “American as Hand Pie,” plus some bonus spots we liked!

B&G Pies | Winston-Salem, N.C.
You’ll find B&G Pies at convenience stores all over the state, but the factory Vivian visited is headquartered in Winston-Salem. The apple pie is delicious, but we also have a soft spot for the cherry.

Sarah’s Empanadas | Durham, N.C.
Sarah’s Empanadas is a longtime staple in a North Carolina strip mall serving empanadas from throughout the Latin American diaspora. The shop was originally opened by a Bolivian woman. Sarah Quiroga, in 1988. She sold it to Pamela Salamanca, a first-generation American born to Colombian parents, including her father, Carlos, a prolific Raleigh, N.C. restaurateur.

Boricua Soul | Durham, N.C.
Since we filmed with the folks of the Boricua Soul food truck, they have opened a small restaurant of the same name in downton Durham. Toriano and Serena Fredericks work out of both their brick-and-mortar location and food truck these days. Grab a few empanadas and a seat.

Makus Empanadas | Durham, N.C.
This Argentinian empanada joint didn’t make it on the show, but Vivian says the onion and cheese filling reminds her of her time studying abroad in Argentina. Owners Hernan Moyano and Ricky Yofre are childhood friends from Buenos Aires who have recreated a nostalgic Argentinian staple in North Carolina.

Cortez Seafood + Cocktail | Raleigh, N.C.
The menu at Cortez earned chef Oscar Diaz a James Beard Award nomination in 2019. Fresh local seafood and sharp, clean flavors nod to Baja California and Jalisco, Mexico, where Diaz and co-owner Charlie Ibarra’s parents are from. The menu pairs with a funky ambiance that includes a wall of living plants in the dining room and playful tropical vibes at the bar.

Jose and Sons | Raleigh, N.C.
Ibarra’s first restaurant, Jose and Sons, is where Raleigh first got a taste of Diaz’s food. The menu is a complete Southern-Latino experience, with items like collard-wrapped tamales (that you can eat like a hand pie!). It’s also a fun spot for Sunday brunch. Why not enjoy a huge margarita with a plate of chicharron and waffles?