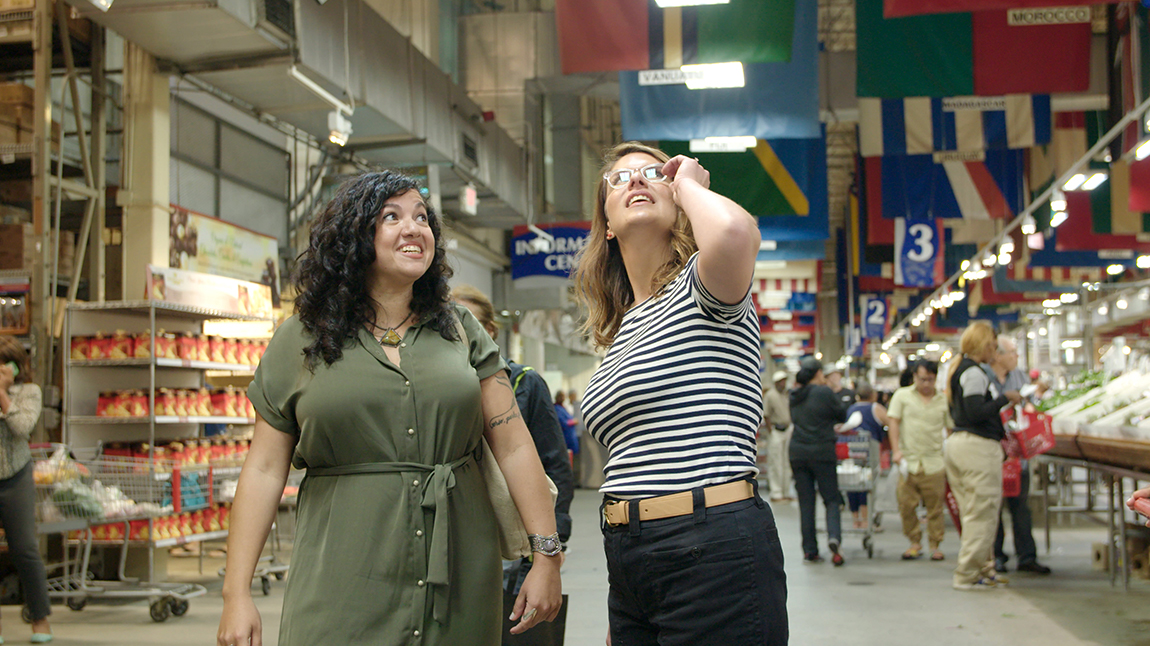 Here’s a guide to the restaurants, markets and other fun places we featured in “It’s a Greens Thing” episode, plus some bonus spots we liked!

This Atlanta-area culinary destination began in 1977 as a small produce stand. Now, the market occupies a 140,000-square-foot warehouse and is known for its vast offering of international foods, fresh produce, and meats. It claims to serve 100,000 customers a week. Check out this 2017 photo essay about the market that appeared in the Atlanta Journal Constitution, this Southern Cultures article on the market or the Southern Foodways Alliance’s Buford Highway Oral History Project.

The farm, also known as the Burundi Women’s Farm, is a one-acre garden managed collectively by seven families. It features a mixture of East African crops and American farmers market staples that are sold at the Freedom Farmers Market on Saturdays. The farm is a project of Global Growers, a nonprofit that manages 22 acres of farms and gardens in DeKalb County. Global Growers started in 2010 due to the demand among Atlanta-area refugees to reconnect to their agricultural heritage here in the United States.

The Jolly Avenue Garden is a community garden in Clarkston, Ga. that provides space for refugee families to grow healthy food. The garden also offers educational opportunities for school-age children through agriculture programming, mentorship and employment, including the teenagers featured in the “It’s a Greens Thing” episode.

A year-round farmers market held every Saturday morning at the Carter Center in northeast Atlanta. The farmers from the Umurima Wa Burundi farm sell their produce at this market.

This popular Ethiopian restaurant opened in 2006 with eight seats. It has since grown to a 250-seat restaurant. Atlanta magazine highly recommends the vegetarian combo plate with greens, a salad and pulses served with injera, the Ethiopian bread used as an eating utensil.

An Indian grocery store with three North Carolina locations, including Durham, Charlotte, and Cary. The store has a wide array of Indian produce, dry goods, and frozen and prepared foods. (Don’t miss the snack aisles; the chocolate and chips selection were a big hit with the film crew.)

The annual week-long event celebrates Lumbee traditions and community in Pembroke, N.C. It is a homecoming for Lumbee families but also includes a parade, beauty pageants, performances of traditional music and dancing and so much more. The food vendors sell collard sandwiches, collard wraps, grape ice cream, and other typical deep-fried fair foods. (One note: the McDonald’s in Pembroke sells a grape milkshake during the week of Lumbee homecoming. As far as we know it’s the only McDonald’s in the country to do so.) Lumbee Homecoming has been cancelled this year due to Covid-19.

The restaurant, which also has two locations in Fayetteville, is known for its barbecue, but also for its country buffet with an impressive selection of cooked and fresh vegetables. The crew highly recommends any of the sauteed greens and the 12-layer chocolate cake.

The park is centered around the Lumber River, a blackwater river that is typically only found in the southeastern United States and the Amazon. Blackwater is related to its appearance due to the sediment in the river. The park offers campsites, picnic grounds and short hiking trails. It offers 24 possible float trips, ranging from one hour to about half a day.

This museum is located on the campus of the University of North Carolina at Pembroke. Its collection includes a 1,100-year-old dugout canoe, an 18th-century log cabin, and a pinecone patchwork quilt made by the daughter of Henry Berry Lowry, who is considered a resistance fighter by the Lumbee people.