by
Shirlette Ammons
The More You Know 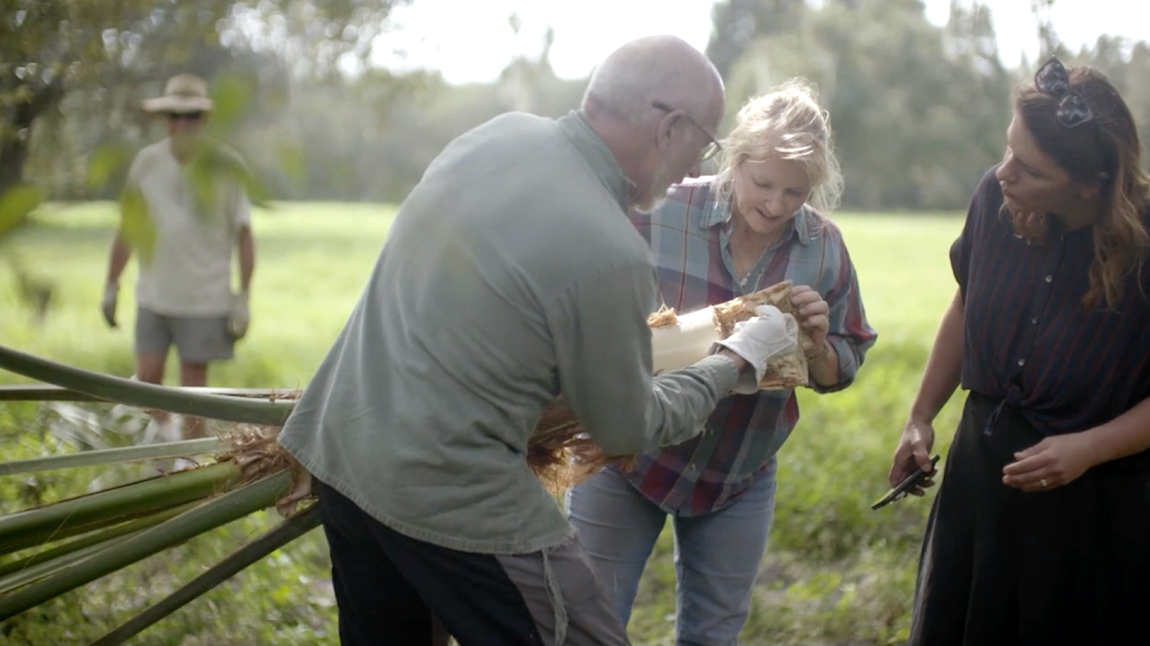 The origin of the word  “slaw” is universally attributed to the Dutch word, koosla, brought to America by settlers who grew cabbage along New York’s Hudson River. From there, the shredded and dressed veggie took on the personality of the region where it was prepared. Much like the sauce that coats barbecued pork, coleslaw boasts its own debated preparations— mayo versus vinegar; sweet versus savory; red cabbage versus green — or maybe no cabbage at all. We asked a trio of experts to talk about the signature slaws they serve alongside their ‘cue.

Friendly disclaimer: This is only three of slaw’s many versions. Does your slaw differ from these? Show us on social media!

ACT I: Minced and Mayo-based
Grady’s BBQ (Dudley N.C.)
Grady’s BBQ resides in an unassuming building in the even less assuming eastern North Carolina town of Dudley, but the bold hickory and oak flavor of their whole hog barbecue is much larger than their dot on the map. Husband and wife duo, Gerri and Stephen Grady, have been smoking pork in their pit house for more than 30 years. Their certified coleslaw blueprint highlights the sugary sweetness that acts as a compliment to whole hog smokiness tinged with vinegar’s acidity. Gerri and Stephen say it’s simple. “A good coleslaw is made up of fresh, crisp, green cabbage ingredients and texture that suits your taste. For us, it is the perfect blend between sweet and salty.”


ACT II: Tangy and Tinted Red
Lexington BBQ (Lexington N.C.)
Appropriately tucked on the downward sloping Smokehouse Road, Lexington BBQ epitomizes the pork shoulder barbecue that divides North Carolina into east and west. While many restaurants in and around Davidson County boast ‘Lexington-style’ barbecue, Wayne Monk has arguably perfected it. The slaw, made red by a not-so-secret squirt of ketchup, is its own brand of excellence. Keith “Bubba” Wright, General Manager at Lexington BBQ, says “our slaw is more ketchup based than mayonnaise based, so it’s a little sweeter but still has that tang. Sometimes coleslaw fights with the flavor of barbecue. The flavor of our slaw is really mild so it compliments the barbecue.” He also admitted that slaw, like barbecue, is all about tradition. “Most folks' preference is based on what they grew up with. I love coleslaw on my hot dog,” he admits, but prefers the slaw on his barbecue tray with the signature ketchup base he grew up eating.

ACT III: Who Needs Cabbage When You’ve Got Palm Trees

If you’ve never heard of swamp cabbage, you’ve probably also never heard of Florida crackers. The offspring of Florida’s original settlers, crackers embrace the name as a term of endearment, harkening back to their ancestors who were horse and cattle herders for whom the leather whip was a tool of the trade. Amongst the most celebrated cracker traditions is swamp cabbage, a unique form of slaw.  Cut from the center of the sabal palm, it’s safe to say, Florida crackers work hardest for their slaw.  Cracker folklorist, Michael P. Hymans had this to say about their side dish of choice. “Swamp Cabbage is the quintessential side dish for mullet and barbecue here in southwest Florida, because it tastes so good.  It also is imbued with the history of hard-scrabbled pioneers, learning about and living off the land.  The taste is of the uncultivated, wild land, which is spiced by hard work and successful subsistence.  It might have been the only vegetable of a sparse meal, and that was alright.” Get the recipe for Swamp Cabbage Slaw.