by
Victoria Bouloubasis
The More You Know 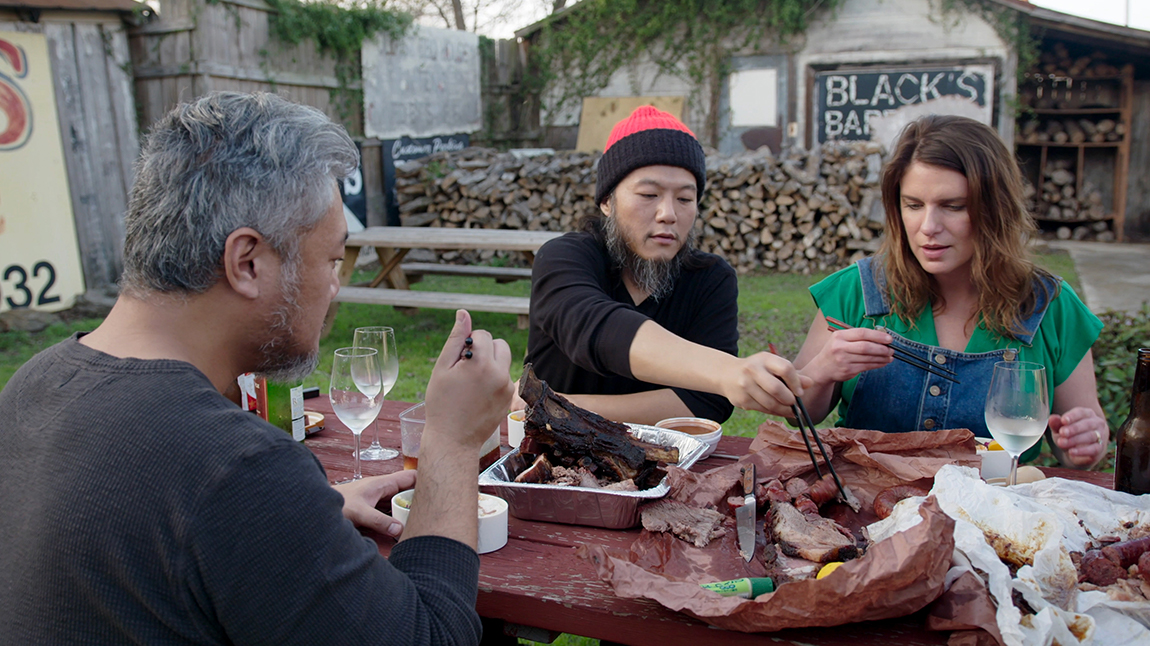 In “How Do You ‘Cue?,” an indulgent barbecue picnic in Lockhart with brothers and restaurateurs Tatsu and Shion Aikawa offers a true melding of cultures, as Vivian learns about their experience immigrating to Texas from Tokyo while they all feast on brisket and bento boxes. As a chef, Tatsu marries these incredible cultures through smoke and fire at Kemuri Tatsu-ya, his popular Austin izakaya. And it seems so effortless. But in the picnic scene (which you can watch here on PBS), his brother Shion explains that their approach to barbecue lends itself to the Japanese shokunin spirit. “As in, you’re continuously doing the same thing, but little by little tweaking it to create an ultimate product,” says Shion.

For fans of food documentaries, this may ring a bell. The shokunin spirit often comes up when fans of “Jiro Dreams of Sushi,” about Japanese sushi chef Jiro Ono, analyze the octogenarian’s work ethic and relentless pursuit of perfection. Like Jiro does with sushi, Tatsu hones in on the method and meaning behind the barbecue, relishing in a journey of learning while aiming for excellence.

And oft-quoted expert on shokunin, artist Tasio Orate explains it best: “The Japanese word shokunin is defined by both Japanese and Japanese-English dictionaries as ‘craftsman’ or ‘artisan,’ but such a literal description does not fully express the deeper meaning. The Japanese apprentice is taught that shokunin means not only having technical skills, but also implies an attitude and social consciousness … The shokunin has a social obligation to work his/her best for the general welfare of the people. This obligation is both spiritual and material, in that no matter what it is, the shokunin’s responsibility is to fulfill the requirement.”

The shokunin spirit is a collective virtue in the end.