A staple of the coal miner’s lunch pail 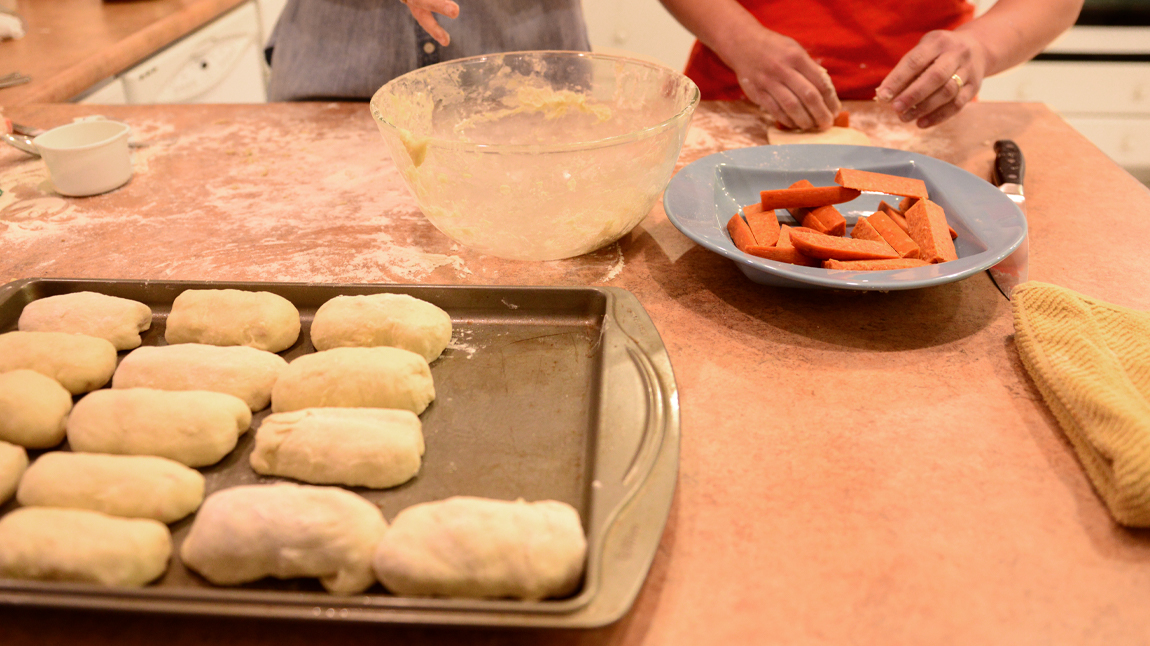 From Courtney Balestier of Detroit, Mich. This recipe is based on the bread buns made by Courtney’s grandmother, Mary Hidock. To make those, just proceed with the recipe as written, omitting the pepperoni and shaping 3-ounce pulls of dough into rounds for the second rise.

Make the Dough: In a small saucepan over medium-low heat, stir milk, ¼ cup sugar and butter until the sugar is dissolved and butter has melted. Keep mixture warm over low heat but don’t let it come to a boil.

Combine yeast, ¼ teaspoon sugar and warm water in a small bowl. Set aside, about 10 minutes.

In a small bowl, lightly beat the eggs. Mix in the warm milk mixture a little bit at a time; you want to temper the eggs, so that they don’t overheat and scramble. If the milk mixture had become too hot, my grandmother would set the pot in a sink filled with a couple inches of cold water for a minute, then combine the milk with the eggs.

Once the eggs and milk are combined, add the mixture to the flour, along with the yeast. Stir with a wooden spoon until a dough forms, adding from the additional cup of flour as needed if the dough is too sticky. Overturn onto a floured surface and knead for five minutes. Return the dough to the bowl, cover with a clean towel, and let rise in a warm place for one hour.

While the dough is rising, cut the pepperoni into matchsticks about 2 inches long and ½ inch thick. Grease two large baking sheets.

To form a roll, take a 1-ounce pull of dough and flatten it a bit in your hand, using your fingers to create a pocket in the middle, almost as if you were shaping a hot dog bun. Lay three pepperoni matchsticks into the center and fold the dough around them, sealing the edges so that the pepperoni is completely enclosed by dough.

Place the roll on a prepared baking sheet and repeat with the remaining dough and pepperoni, spacing the rolls about an inch apart on the baking sheets. Cover and let rise another hour.

Bake the Rolls: bake in the oven until golden brown, about 15 to 20 minutes. Once out of the oven, brush the tops with butter and allow to cool for a few minutes.